At around 4:40 AM on May 19th, Cowboys wide receiver Terrance Williams was arrested in Frisco, Texas for public intoxication after allegedly fleeing the scene of an accident involving his 2017 Lamborghini Huracan on a motorized bike.

The police video of Williams arrest has been released, and it’s not pretty. The video starts with police trailing Williams as he flees the accident scene on his getaway bike which he eventually wrecks into a curb.

When questioned, a clearly intoxicated Williams denied driving the car and attempted to pin the blame on his “idiot” friend, Vikings wide receiver Kendall Wright, who he said fled the scene of the accident and went to a club. Williams story fell apart when the cops found his cell phone in the car and the keys in his pocket.

This is why you call an Uber, folks. Also, don’t hang out with Terrance Williams or he’ll tell on you if things go South. 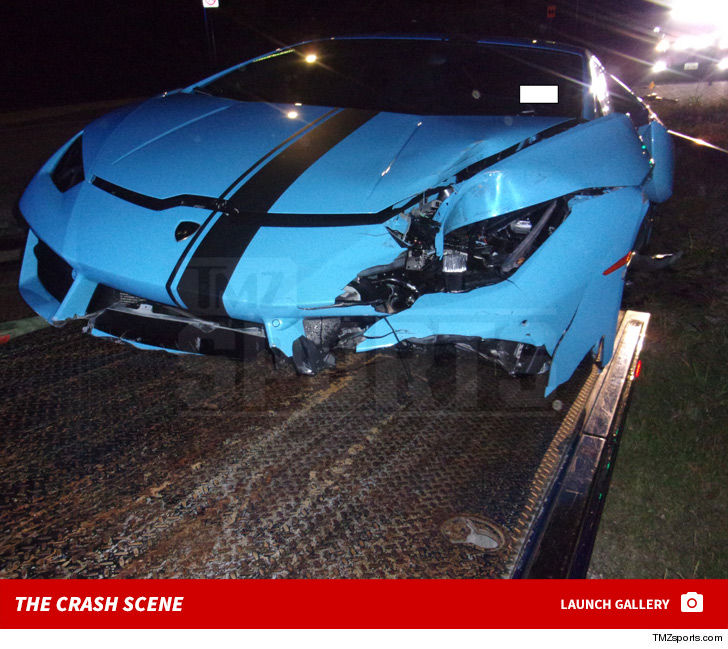