The college football season kicks off in a month, and today in The Herd, Colin released his preseason postseason Top 10, which doesn’t represent his rankings to start the year, but how the teams will finish the regular season.

Many of the usual suspects are on the list, including a Final Four consisting of Ohio State, Florida State, USC and Alabama. He has Urban Meyer and the Buckeyes winning it all.

Here’s the Top 10 according to Colin: 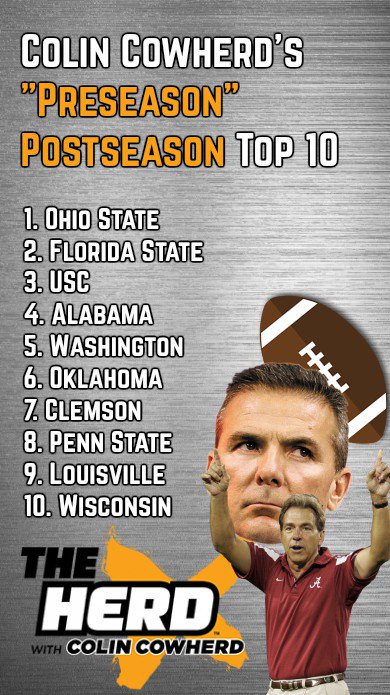 Watch Colin breakdown the Top 10, and explain why your team isn’t in it: