The D.B. Cooper skyjacking is arguably the greatest unsolved high profile crime of the 20th Century, but an anonymous high  level military analyst thinks he may have finally identified the real Cooper and cracked the case.

For those unfamiliar with the case, in November of 1971, a man disguised as an unsuspecting business traveler hijacked a Northwest Orient Boeing 727 from Portland to Seattle with a fake bomb, and parachuted out of the back of the plane with $200,000 in ransom money. His false name supplied on the flight manifest was “Dan Cooper.” He’s never been seen or heard from since. The most enduring image of Cooper is from the now infamous FBI sketches. 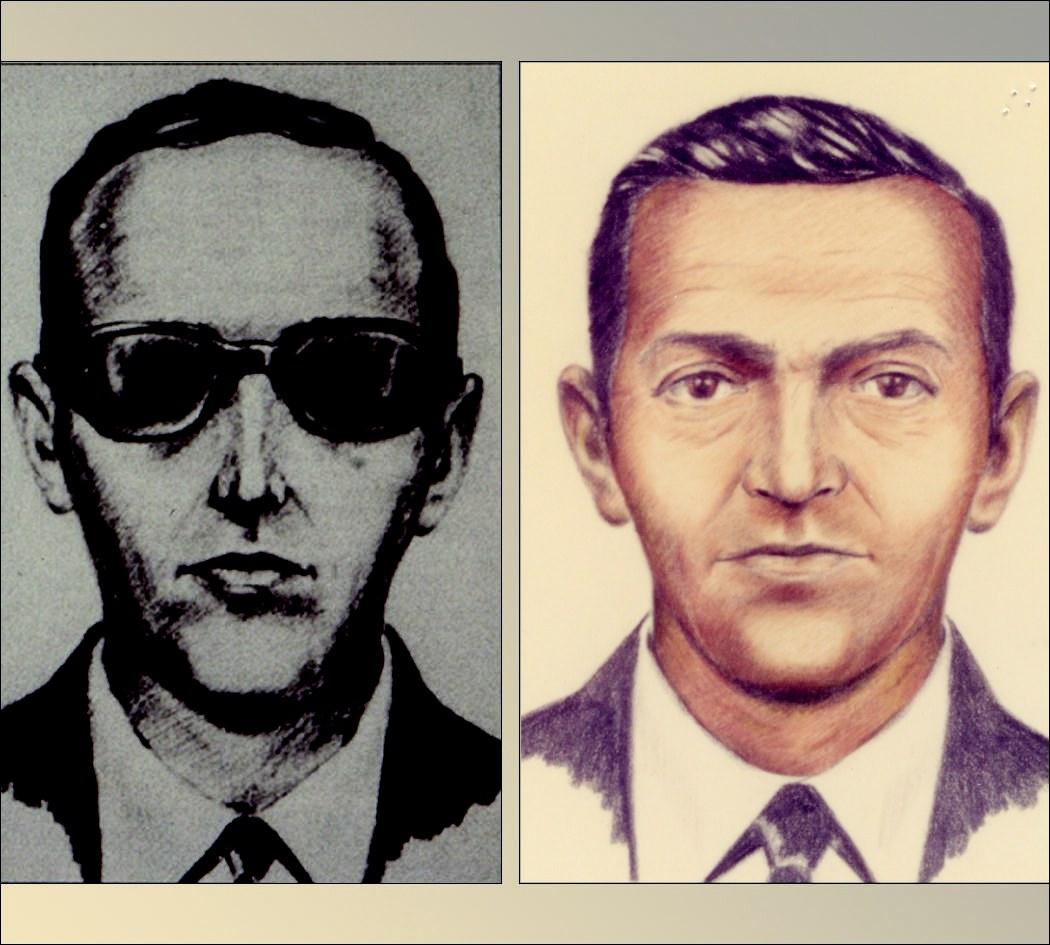 In recent years, potential suspects have seemed to emerge on a monthly basis. Vietnam veteran named Robert Rackstraw,  skydiver Sheridan Peterson, and a self-proclaimed former spy Walter Reca have all been named as potential “Coopers,” but all either look absolutely like the FBI suspect drawing after the heist, or have serious credibility issues that make it hard to believe their accounts.

After endless rabbit holes and bunk suspects, a fascinating story recently appeared in The Oregonian this week that details the investigation of an anonymous military analyst may have finally cracked the case and identified the real “Dan Cooper.” The man who may have finally solved the unsolvable crime isn’t a Cooper-obsessed nut lacking credibility, he’s a high ranking U.S. Army data analyst who chooses to remain anonymous so his Cooper sleuthing won’t negatively affect him in his job due to the stigma attached to it.

His trail to potentially discovering the real Cooper began when he began reading a 30-year-old book titled  “D.B. Cooper: What Really Happened,” The author of the book, Max Guenther, claimed the account was told to him directly by the real skyjacker, and later by a woman claiming to be his wife, but was critically slammed for presenting an inaccurate story that involved a female accomplice with whom Cooper had a love affair and escaped with the money like Bonnie and Clyde.

The analyst discovered that the man who claimed to be Cooper used the pseudonym “Dan LeClair” when corresponding with the author, which was a false name, but eventually led him to who he believes is the real Dan Cooper. Per the Oregonian article:

“The Army officer eventually determined that Clair probably was not D.B. Cooper. More likely the skyjacker was a friend and co-worker of Clair’s, a native New Jerseyan by the name of William J. Smith, who died in January of this year at age 89. (Smith’s 1946 high-school yearbook includes a list of alumni killed in World War II. Among those memorialized: a man named Ira Daniel Cooper.)

Clair and Smith worked together at Penn Central Transportation Co. and one of its predecessors. For a while, they were both “yardies” at the Oak Island rail yard in Newark. It appears they bonded in the 1960s as Penn Central struggled to adapt to a changing economy.

The data analyst says the two men’s military backgrounds — Smith served in the Navy — and long experience in the railroad business would have made it possible for either of them to successfully parachute from a low-flying jetliner, find railroad tracks once they were on the ground, and hop a freight train back to the East Coast. Poring over a 1971 railroad atlas, the hijacked plane’s flight path and the skyjacker’s likely jump zone, he determined that no matter where D.B. Cooper landed, he would have been no more than 5-to-7 miles from tracks.”

Things got really weird when the researcher found a picture of Smith on an old website for the railroad company where he worked. Unlike the other suspects, the resemblance between Smith and the FBI sketches is uncanny.

When he kept digging,  the analyst discovered that despite working at relatively low-level railroad jobs for his entire career, Smith retired in 1973 at the surprisingly young age of 54. Among the similarities between the Cooper from the the 30-year-old book and Smith are that both:

– Were born in Canada and moved to New Jersey.

– Served in the military in World War II.

– Had two children that were born in the decade following World War II.

– LeClair was described to have a scar on his hand, Smith can be seen in photographs with a long scar on his right hand.

Additionally, a clip-on tie retrieved from the crime scene was tested last year with a high powered microscope and found to be covered in rare metals such as titanium, aluminum, bismuth and stainless steel. While the initial assumption was that the owner of the tie and skyjacker could have only come in contact with this rare combination of metals as en employee of the Seattle based Boeing, the rail yard where Smith was employed would also have the same combination of metals. The clip-on tie also would have been common uniform for a man in his position.

The anonymous analyst has sent his findings to the FBI, but has yet to get an official response. Is this just another in the long line of false leads? Or is this man, William Smith, the real D.B. Cooper?